If you have spent any time at all on social media today, you most likely caught a glimpse of the drama and turmoil surrounding the Dove company for their latest ad on Facebook. The ad shows a black woman being transformed into a white woman. To which the public responded with some not so nice rhetorical questions regarding their motive.


"Was Dove saying that inside every black woman is a smiling redheaded white woman?"
"Was Dove invoking the centuries-old stereotype that black is dirty and white is pure? Or that black skin can or should be cleansed away?"

Others wondered whether the problem was a lack of diversity at Dove. They pointed to historical examples of racist ads about soap so good that it washes the melanin out of your skin. 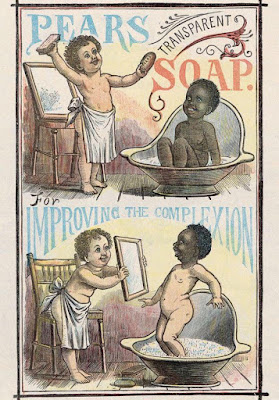 Dove responded with what people are saying is a "weak" apology. on Twitter. 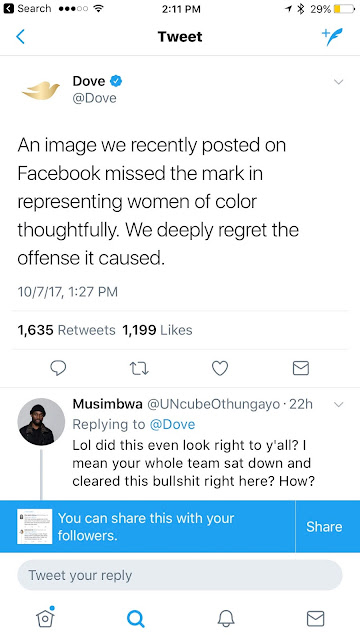 The number of responses on Twitter are growing by the second! 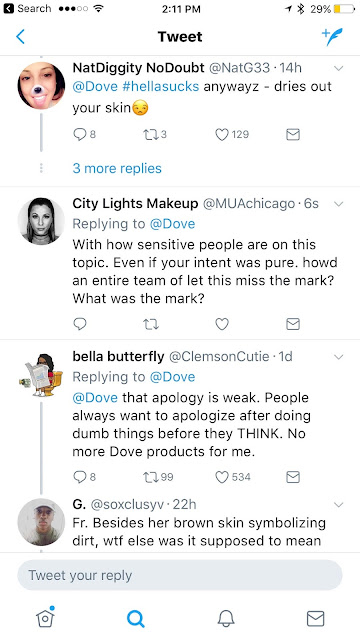 Tell me your thoughts on this? Dove says they "missed the mark". What was the mark? Are people twisting the ad by creating their own images of what the video represented or was there an ulterior motive? 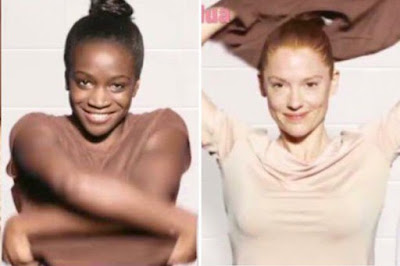 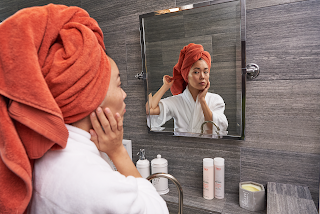 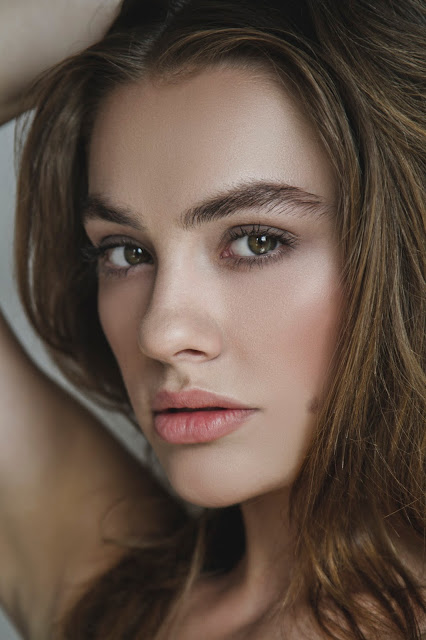